Linking correct test data with various scenarios is no longer a challenge for Tosca TDM. Valori automated this ‘chain’ at the hackathon using the standard datprof2tosca converter. The result: fast and secure production-like anonymised subsets. This new service is now available through Valori.

“One of Valori’s specialities is Tosca, a powerful product with which to implement the processing side of test automation,” says Valori’s Mark Schut. “However, unfortunately up to now creating your own test data was complex and time-consuming. At a recent hackathon at Valori in Nieuwegein, a team of four testing experts and DATPROF thus tackled a particular challenge together: thinking up a way to greatly simplify the generation of test data with DATPROF for Tricentis, using existing (anonymised) production data.”

“Earlier this year Valori entered into a unique collaboration with DATPROF, leader in specialised and user-friendly TDM solutions,” adds Bert Nienhuis of DATPROF. “Using DATPROF Subset enables the generation of consistent subsets, which gave us an idea. Shouldn’t it be possible to realise a synergy between the existing tools DATPROF and Tosca? We started brainstorming and soon found a remarkable solution.” 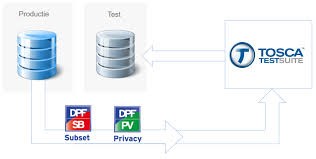 During the course of the hackathon organised in late May at the Valori offices in Nieuwegein, Mark and Bert – together with Valorians Joost Jongman and Steven Dijkman – implemented an entire chain, first subsetting and anonymising data from a (fictional) production system and then loading it into Tosca using the converter. “This converter allows DATPROF to fill Tosca’s TDM with anonymised subsets in a fully automated fashion, while ensuring the data security as well,” Joost states. “Test data is easy to manage and production-like test data is used, recognised by the chain.” 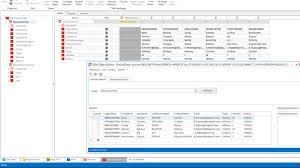 “The hackathon was a great opportunity to try out our concept in practice. It’s fantastic that we managed to get this done together as well. This new proposition is a great addition to our current services,” concludes Steven Dijkman.

Let us know how to reach you. We keep you updated on the latest developments concerning test data, test data management, subsetting and masking. You can unsubscribe at any time.

Want to be the first to receive updates on webinars, seminars and other news regarding test data management? Join our mailing list.