Case study of Heineken, one of the largest beer producers worldwide

This case study shows how our software has helped a Heineken with test data for mixed technologies, in the right place at the right time. 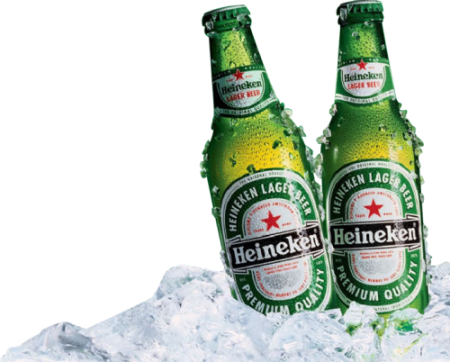 Heineken N.V. is an Amsterdam-based Dutch brewing company. Heineken is one of the largest beer producers worldwide.

Heineken International owns a worldwide portfolio of over 300 beer brands, selling beer in 190 countries. The organization has more than 85.000 employees.

“We are protecting our personal and sensitive
information, while we provide test data to our
customers for their business-as-usual and
project testing.”

Just like other organizations, many different applications are in place using a variety of database technologies. Heineken has a landscape containing both SAP and multiple non-SAP sources including Oracle based J.D. Edwards and Microsoft SQL server based Heilite. These applications exist in several different countries all containing privacy sensitive data.

She had a virtualization test data ‘solution’ in place not fully delivering on its promise with high annual expenses. Besides avoiding ongoing costs there was a desire to improve the refresh speed and to mask consistently over the chain.

“One of the ways DATPROF has added value is that three years ago, before we had the solution, when an audit was done for non-SAP applications, there were always red flags. We, as a company, were not able to protect the data. The demand for doing so was there, but in big organizations you need the willingness as well. Once we found DATPROF, the red flag issue was eliminated. Audit-wise, we are now compliant. And our customers are also happy because when they do any kind of project, it’s not only about internal users because the systems are being exposed to multiple external people. That is where we are now able to protect our data.

“The data scrambling, the masking, is the most valuable feature. That is how we protect our personal and sensitive information. That is very important for Heineken, given that we work in global scenarios with a lot of personal information and business-sensitive information. This feature is particularly helpful. It is a very intelligent solution when it comes to identifying the dependencies and connections and it is easily scalable. It allows a type of self-service where we are not dependent on the supplier to do the work. Our team members can do things themselves.

It is also extremely important that DATPROF’s masking for non-SAP databases also integrates with SAP TDM, out-of-the-box. We have operations in more than 100 countries and a majority of those operations use SAP applications. But some of our very important regions, such as the Americas and Asia-Pacific, are using Microsoft Dynamics NAV and Oracle as their core ERPs. That means we have some customers who are in both SAP and non-SAP. When we do scrambling for different applications, it is extremely important that DATPROF and the SAP applications talk to each other and synchronize. Otherwise, for example, if the name Mano is changed to Frank in an SAP system, but the same Mano is changed to Albert in a non-SAP system, that means Mano has two names in two different systems. That means that identity is lost, from a name perspective. It is also quite efficient, as we are doing data refreshes regularly.”

“I feel that we have to do a lot of reworking of the template implementations. We implemented two applications and have been using them for the last three years, but now we are adding two more. There is less reusability because we have to start from scratch. Maybe it is a limitation, but as a customer, it feels like we need to start from scratch every time. It would help if we could reuse at least some of what we have already done.”

Get in touch with our experts