This case study shows how our software has helped APG, a large pension fund with their test data issues. By subsetting and masking their test data, the delivery of test data has been accelerated considerably. 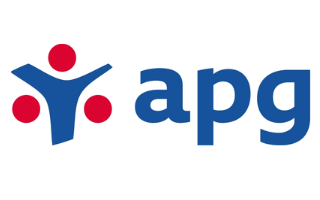 Leader in the market of pension execution & administration

APG executes the pension administration for more than 15 funds in the public and private sector, making it one of the largest pension providers in the Netherlands. In 25 different sectors, it manages the pension scheme with more than 3,000 employees and manages approximately €485 billion. APG works for 25,000 employers and provides pension for approximately 4.5 million participants (1 in 5 families in the Netherlands).

Faster availability of test data for the DevOps world

The biggest challenge for APG was to completely anonymize test data and to speed up the delivery of test environments. Through internally developed tooling, APG was already able to make selections, but the completeness and consistency of the test data and the fact that this went manually were the biggest challenges. This meant that developers and tester had to wait several days for their test environments. This bottleneck had to be resolved in the desired transformation to DevOps.

In a software selection process several suppliers have been investigated. The decisive factor for DATPROF was the easy to use software and the one-day training, which enabled APG to work with the software quickly.

APG started by subsetting the most complex and largest system. This would deliver the greatest added value. Thereafter, the first systems of anonymous test data were soon provided. The first subset has been realized within the first month. Validating the test data took the most time, because they also came up with a number of data problems that also occurred in production.

Some systems are only anonymous, mainly because of the limited size. Now APG can create anonymous and subsetted test data fully automated within 15 minutes. Testers have the possibility to request the test data via a portal via an integration with ServiceNow.

Currently 20 DevOps team with around 60 different environments are supported with subsetted and / or anonymous test data. Because the availability of test data has been reduced from a few days to 15 minutes, test data solution is used extensively. Test data is refreshed approximately 250 times per month for one of the 60 different teams and environments.

Want to know how we can help your organization?